AITOR founded in 1939, is engaged in the manufacture of razors and knives. In its early days, the company's output was directed to the cutlery and ironmongery sector; later, it turned towards the "Red" line of mult-purpose razors and hunting knives. Following this line of development, the company started production of its "Green" line, multipurpose razors and survival knives, with which the company broke into the military and police market. From the beginning, Aitor principal aim was the manufacture of a top quality product, using the best materials, with the most modern production machinery and the most stringent control in its production processes. Step by step, Aitor has won the prestige associated with a strong,quality image, becoming one of the best known cutlers in Europe, and with a clear export philosophy. Currently, Aitor exports 50% of its production to more than 50 countries throughout the world, among them, Germany, France, Italy, Japan, Argentina, Brazil and the U.S.A. Aitor is an official supplier to the Spanish, German, Dutch, Indonesian and Estonian armies, as well as the Spanish and French police, and official bodies such as U.N.O. and U.N.E.S.C.O. pocketknives, as well as green-handled survival knives for military and police use. Specifications 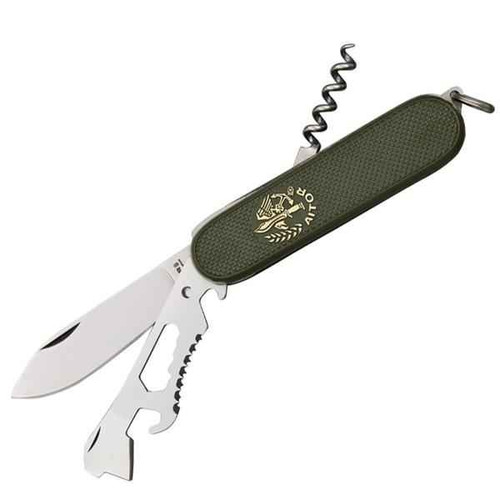