The Smiths 10 Second Knife Sharpener features a specially designed V shaped sharpening slot with two crossed carbide blades that allow you to put a quick edge on your knife with just three or four strokes. The carbide blades are pre-set so that you get the correct sharpening angle every time. They are also reversible for extended life and replaceable.

The Smiths Scissors Sharpener features a specially designed FLOATING round ceramic rod, which conforms to the exact angle of your scissors every time. It works on both left & right handed scissors. Just three or four strokes is all it takes to put the edge back on your scissors. 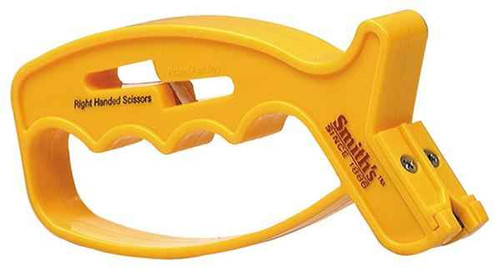