This CR123A is NOT RECHARGEABLE.

The Tenergy CR123A 3V non-rechargeable lithium battery is one the most popular, widely used and tested CR123A lithium batteries on the market. The high capacity Tenergy CR123A is designed to deliver long run times in every device that it powers whether it is an LED or incandescent flashlight, a camera, or a high tech gadget. Independent tests have shown Tenergy CR123A batteries excel in higher drain devices and often outperform the 'big name' cells in those types of devices. CR123A batteries power many flashlights and optical devices from companies like Inova, Streamlight, Surefire, Fenix, and many more! 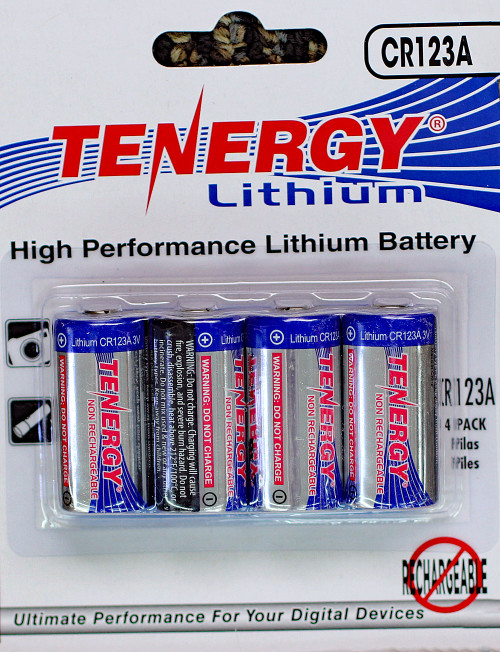