The 912 Synergy 2 was designed by retired mechanical design engineer turned competitive shooter Jim O'Young. Jim leveraged his knowledge and experience to design and engineer the SpeedTech Synergy folding knife using SolidWorks, a state-of-the-art, 3-dimensional, solid modeling CAD software tool. It was the very first knife created using this technology and featured several design elements never seen before in a production folding knife: an ergonomic, fully 3D digitally sculpt surface handle machined from a single, solid billet of material, a captive floating bearing system and a button lock with increased engagement geometry. The Synergy was truly way ahead of its time and was awarded the Most Innovative American Design at the 1999 BLADE Show by its industry peers. On the 20th anniversary of the original Synergy design, Jim is proud to partner with WE Knife to continue the legacy and introduce an updated and re-engineered Synergy 2 to the next generation of cutlery enthusiasts. This special version features several material changes that really enhance the appearance and quality of the knife. The blade is a polished Hakkapella Damasteel, there is a polished titanium handle as well, and the pivot is Timascus. 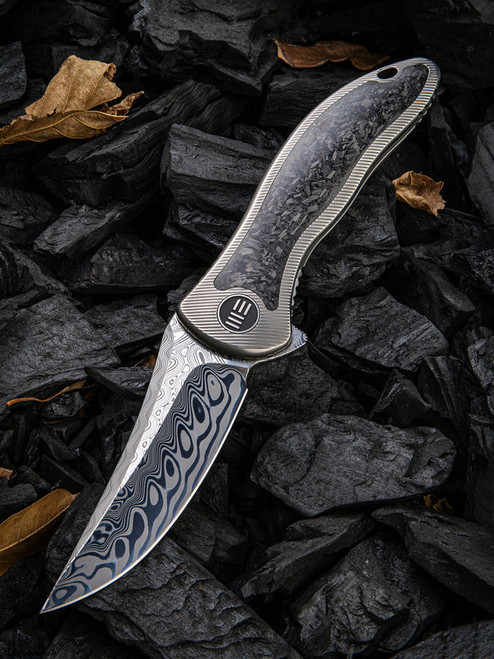