At under 0.090 micron in size, the active molecules in Nano-Oil by StClaire are called Nano-Bearings they truly are within the nano scale technology (the width of human hair is between 50 to 100 microns) (1 micron = 1000 nanometers)

Nano-Oil by StClaire contains NONE of the following:

Manufactured goods, Nano-Oil by StClaire can be incorporated as part of a finished product, specially valuable to items with life time warranties such as multi tools & folding knives.

The NanoLube formulations are compatible with most existing lubricants on the market today both synthetic and mineral. The Nano-Bearings concentration level is such that adding a few drops to a common lubricant will improve dramatically its anti friction qualities. 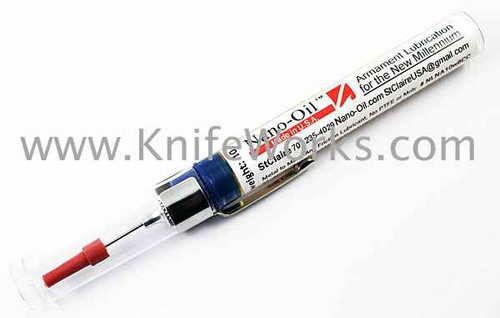